How to choose the right business structure for your startup or business? 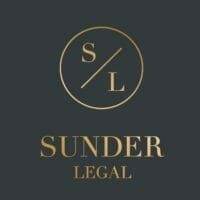 Starting a business in Washington State

The right structure for your business depends on a number of factors that you may need to discuss with your attorney and tax advisor.  Below, we’ve provided information on the four main ways to operate a business: Sole Proprietorship, Partnership, Limited Liability (LLC), and Corporation (Corp).

As a rule of thumb (and again – you should obtain legal advice for your own circumstance):

Reproduced with permission from the Small Business Administration.

Sole proprietorships can be a good choice for low-risk businesses and owners who want to test their business idea before forming a more formal business.

Partnerships can be a good choice for businesses with multiple owners, professional groups (like attorneys), and groups who want to test their business idea before forming a more formal business.

An LLC lets you take advantage of the benefits of both the corporation and partnership business structures.

LLCs protect you from personal liability in most instances, your personal assets — like your vehicle, house, and savings accounts — won’t be at risk in case your LLC faces bankruptcy or lawsuits.

Profits and losses can get passed through to your personal income without facing corporate taxes. However, members of an LLC are considered self-employed and must pay self-employment tax contributions towards Medicare and Social Security.

LLCs can have a limited life in many states. When a member joins or leaves an LLC, some states may require the LLC to be dissolved and re-formed with new membership — unless there’s already an agreement in place within the LLC for buying, selling, and transferring ownership.

LLCs can be a good choice for medium- or higher-risk businesses, owners with significant personal assets they want protected, and owners who want to pay a lower tax rate than they would with a corporation.

A corporation, sometimes called a C corp, is a legal entity that’s separate from its owners. Corporations can make a profit, be taxed, and can be held legally liable.

Corporations offer the strongest protection to its owners from personal liability, but the cost to form a corporation is higher than other structures. Corporations also require more extensive record-keeping, operational processes, and reporting.

Unlike sole proprietors, partnerships, and LLCs, corporations pay income tax on their profits. In some cases, corporate profits are taxed twice — first, when the company makes a profit, and again when dividends are paid to shareholders on their personal tax returns.

Corporations have a completely independent life separate from its shareholders. If a shareholder leaves the company or sells his or her shares, the C corp can continue doing business relatively undisturbed.

Corporations have an advantage when it comes to raising capital because they can raise funds through the sale of stock, which can also be a benefit in attracting employees.

Corporations can be a good choice for medium- or higher-risk businesses, those that need to raise money, and businesses that plan to “go public” or eventually be sold.

An S corporation, sometimes called an S corp, is a special type of corporation that’s designed to avoid the double taxation drawback of regular C corps. S corps allow profits, and some losses, to be passed through directly to owners’ personal income without ever being subject to corporate tax rates.

S corps must file with the IRS to get S corp status, a different process from registering with their state.

There are special limits on S corps. Check the IRS website for eligibility requirements.You’ll still have to follow the strict filing and operational processes of a C corp.

S corps also have an independent life, just like C corps. If a shareholder leaves the company or sells his or her shares, the S corp can continue doing business relatively undisturbed.

S corps can be a good choice for a businesses that would otherwise be a C corp, but meet the criteria to file as an S corp.

Office of the Secretary of State – www.sos.wa.gov/corps
Corporations Division, 360-725-0377; corps@sos.wa.gov
Register a corporation or limited partnership

PrevPreviousDoes Washington’s law against non-compete agreements apply to stockholders?
How can we help?
get in touch today
Contact us
Book an Appointment
Book Now
Speak to someone now
206.339.5252
address
Seattle, WA
1320 E. Pike Street
(206) 339-5252
clientservice@sunderlegal.com